All of the player’s feedback was recorded and used to revise the level for future iterations that better delivered its narrative. Each level iteration made it easier for players to decipher the narrative elements using only the environmental clues.

Before the first level in almost any game, players are given context about who they are, where they are located and what they should do. This is usually established through opening cinematics, voice-over or dialogue between game characters. In order to establish context for the player in this thesis level, opening messages briefly appeared on screen to inform players of what task they need to accomplish. 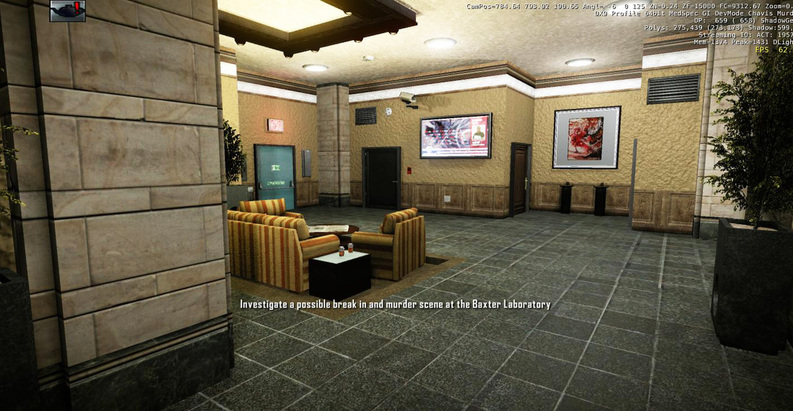 Opening message at the beginning of the level
This opening level context was very important to how well players discovered the level’s narrative. The more vague the context, the more players tended to divert from the written narrative and create vastly different narratives. As the context was further defined, players began to eliminate narratives that didn’t fit within the level context.
﻿Anomalous Objects:

If a particular object in the environment managed to heavily distract players from the gameplay or level’s narrative, then that object was labeled as “anomalous.” These anomalous objects can distract players by visually drawing their attention, having too many or too few in number or just giving the wrong narrative clues. (See details on Development Notes) 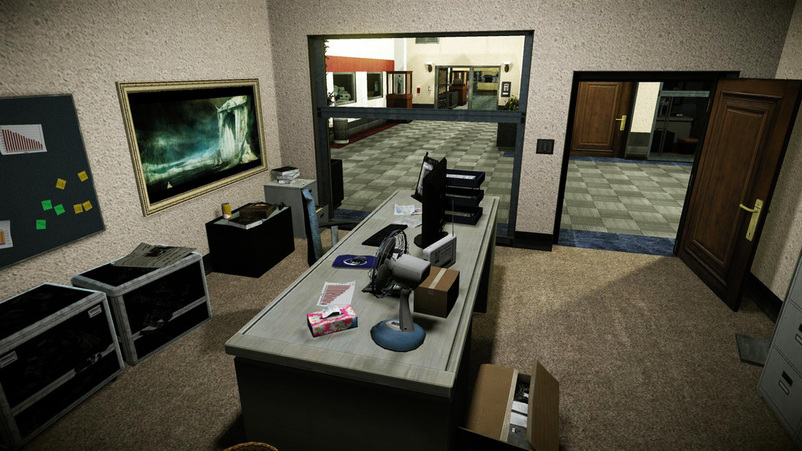 Allowing players to discover a level’s narrative on their own while still making sure they understand it is a tricky and difficult task for game developers. That is why a level developed with environmental narration techniques could use a recording system to assist players in analyzing the environment and gathering clues. This would be like a logbook or evidence board that helped players keep track of previously found clues that might relate to clues found in future levels.


Letting players customize the names, images or text descriptions of recorded data can enhance how players piece together and understand the narrative. Adding such features to a game can also increase the satisfaction players receive from solving a problem or mystery on their own.
Back to Top