Mining Site OSL57 has a back-story that explains how a mining station came to be inside a natural crater. I used the level's visuals as my primary tool for relaying this back-story as players ran through the environment. 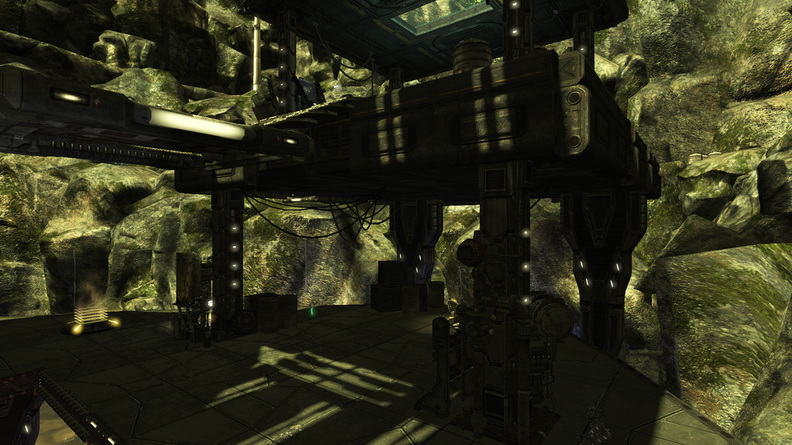 According to the story there are other mining stations in other nearby craters
Industrial themed props were placed to hint at the lucrative mining operations happening within this natural crater. Rock and vegetation meshes give insight into how nature overtook this crater which resulted from a meteor impact. The gun emplacements and space ships communicates the recent battles waged over this mining station.

Creating the mining station's industrial theme included placing various assets like heavy machinery, pipes, metal racks and grated floors. Strong tiled textures and metal trim enhanced the main platform's industrial appearance.
Throughout the level players can find where the two contrasting visual themes are intermingling with one another. Several non-playable areas have clusters of industrial objects appearing to be trapped within a natural setting. 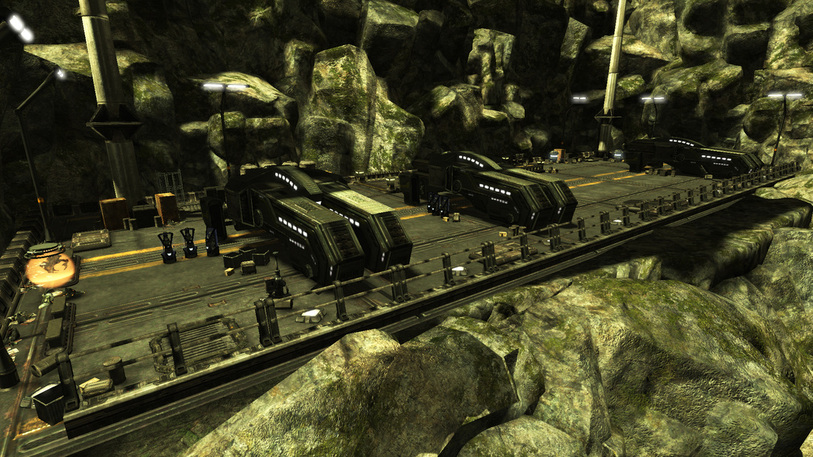